Hey, a quick note to say I got your email message. I'm packed to the gills at the moment, but I should be able to respond later today, or at worst tomorrow. Thanks!

Hi again. Sorry that I haven't responded, but I haven't forgotten about your request. Back in touch soon!

Hey there. Just wanted to say that I started writing a response to your initial email message, then got interrupted, and then my day just got super crazy! That's the way it seems to be these days, doesn't it? Back in touch soon.

Hello again. I'm about 90 percent of my way through a response to your very complicated request. There are still a couple of people I need to touch base with before I can dot the I's and cross the T's. Call it more like 95%. Sorry for the delay! I think we'll be able to help you, but I just need to connect on a couple of technical issues first!

Oh dear – has it really been a month since I last responded? I guess so, although I will say that I have an email all queued up and ready to go, except for one last tiny bit of information that I'm trying to get from a colleague on my end. She's not in today but I expect to see her tomorrow. I'm sure you're frustrated but just sit tight for one more day and I'll be sure to get back to you!

Hello. I am out of the office on an extended leave. If you need immediate assistance, please call our main number below and someone will be happy to assist you. Have a great rest of the year! 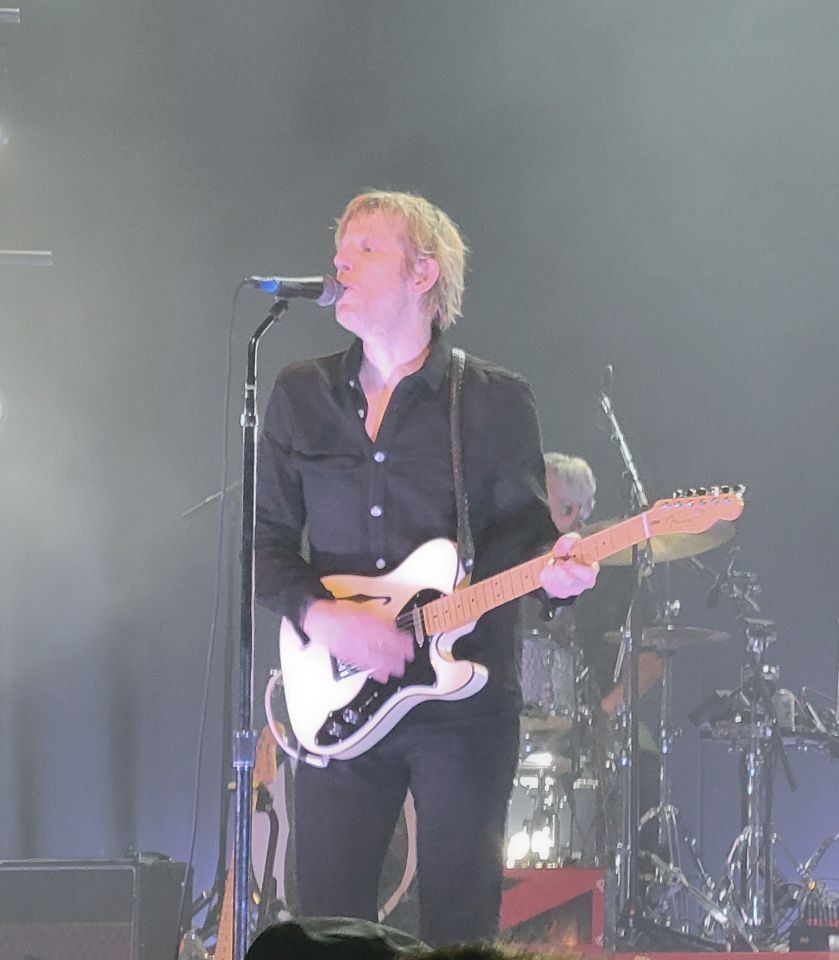 Britt Daniel of Spoon - Sorry, No Pix of Jack White

When I attend the April 16th Jack White concert at the (awful) Agganis Arena on the campus of Boston University, everyone from social media influencers to the mainstream media will be trying to ascertain if this is the first time that I will be at a "phone free" concert.

Before I tell you whether it is or not, let me explain what a phone free concert is: it's a concert where you are given a phone for free. (With a two-year contract).

OK, not true. That would be a free phone concert, which may happen one day.

Although they are calling it a phone free concert, it's more accurately a camera free concert. The extremely ornery Jack White hates it when people pull out their cell phones and record him playing Seven Nation Army, as he understands that their photos and videos will come out terrible, and afterward the insatiable pull of the little device will trigger them to check their social media accounts and text their friends about where the after party is. In the old days (like, 20 years ago) it wasn't uncommon for wedding reception tables to be peppered with "disposable cameras." These old fashioned (but plastic, so not that old fashioned) devices had something in them called "film," and when you pressed a button a "shutter" would open for a small fraction of a second, resulting in an image being imprinted onto the film. Ancient technology! But in those super old days of 20 years ago, married couples could retrieve these cameras and send them off to a photo lab, where the film would be printed onto special paper, resulting in hilarious pictures of drunken wedding attendees with lampshades on their heads. (Or something like that).

Now of course weddings are documented so thoroughly with smartphone cameras that every inadvertent belch and tipsy off-color joke is sitting up there in the cloud for Vladmir Putin to retrieve and use to blackmail people who have claimed in their political ads to be belch-free their whole lives.

Where am I going with this? No idea.

Oh, wait, I know: I'm going to a rock concert where the most cantankerous musician since Joe Jackson dislikes smart phones so deeply that he is requiring us to "lock" our phones in pouches during the concert. This will enable us to focus on his dissonant latest album instead of shooting awful photos and videos of his blue hair.

But here's the truth about me and my phone freeness: in circa 1977, when you could still smoke on airplanes and in rock shows, I attended my first rock concert – the Doobie Brothers – and believe me when I tell you that no one had a phone, except for the kind that were connected to the wall. I mean, if someone did have a phone, it was a character from a 007 movie, and I don't believe any 007 characters attended that show.

So not the first phone-free show ever, but I get it - first in quite a long time.

Each morning I wake up hoping that when I look at my handheld device I will be treated to some really awesome news. Maybe there's an email asking if I would mind terribly if a highly respected publisher would issue a hardcover edition of a novel I wrote in the 1990s, which they've not actually read but are guessing must be good. Or maybe someone wants me to join their rock band as their drummer, touring with them across the world, but only if i get a legit neck tattoo. (I'll do it!)

Better yet, maybe there is good news from the latest and greatest European war, the one that had been foreshadowed by the American government for weeks ("they are massing troops on the border; now they are bringing in supplies of blood."), news that tells us that the invaders had decided to go home instead of fighting on. Or that that Vladimir Putin, one of the biggest jerks in the 21st century, has been deposed – thrown in jail, made to scrub floors, and forced to write on a chalkboard 50 times "I will not invade a sovereign nation." In a just world, a-holes get their comeuppance and live through decades of having their names peed upon, euphemistically, by "the public at large." Then, after they die and are buried, we pee on their graves too, and not so euphemistically.

Alas, fantasies! The news of the world is generally pretty bad, and no one wants to read my novel or add me to their rock band. Not to mention that all of our hopes and dreams about Russians finally throwing off the yoke of oppression seems unlikely, given that protestors are apparently being given 15-year prison sentences for complaining about the war.

OK – a tiny bit of good news: it does seem that Ukraine has beaten back the invading hordes around Kyiv, taking back territory. Alas, even this has an awful side, as we find the streets of Bucha littered with executed civilians.

When I was a kid, rock bands didn't design tours around playing a single album beginning to end. We the fans had to settle for listening to the hits at rock concerts.

You'd think a concert of nothing but hits like Howard is hearing tonight at the Fargo Dome would be perfect, but sometimes it's more perfect to hear a whole album, especially if you love it and have played it many times through. I didn't regularly listen to any Elton John albums beginning to end because I didn't own any. Probably Howard did, but would still prefer to hear the hits tonight.

My friend Tim recently confessed that he didn't particularly care for the full-album concert: there is no mystery as to what the next song is. For this, the priest told him to say three Hail Marys and an Our Father, and to sin no more. I'll concede that it can be fun to guess what the band will play next, but when I'm listening to an album I love, I'm rarely disappointed that I know the order of songs. Preparing for a climax that you know is coming any minute can be enormously invigorating.

I've seen four of these one-album shows, and I'm all for them. First I saw Liz Phair doing Exile in Guyville at the Paradise Rock Club in good old Allston, MA. Then Mike Doughty, twice, doing the first and best Soul Coughing album, Ruby Vroom, which includes "Screenwriter's Blues" and "True Dreams of Witchita," two of many "hits" for Soul Coughing fans on this album. And most recently, I saw the Irish American punk outfit Titus Andronicus do The Monitor beginning to end and back to beginning again (they played the first track twice!).

Now I'm ready to lead a campaign in which we the public conscript the band Spoon into service playing A Series of Sneaks beginning to end. Either that or Telephono, their first album.

Not sure if it will be an old-fashioned letter-writing campaign or if I'll employ social media. Stay tuned on those details.