Bulbs of yesteryear continue to burn in my home, despite Super PAC-funded ad schemes attempting to make a national embarrassment of people like me for not using compact fluorescents. True, incandescent bulbs drain our limited energy resources more quickly, but the truth in my house is that we hitched a ride on the newfangled CFL bandwagon years ago and ultimately decided old incandescent bulbs were better. Mostly, it had to do with our preference for actually seeing things. Most CFLs we’ve installed have two settings: peasant-shack dim, and interrogation-room harsh. In either case, it’s a hard light to read by. 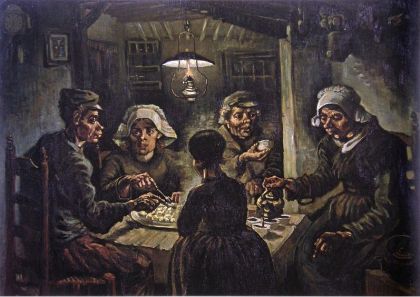 Plus, I’m always walking around with ladders and inadvertently smashing into bare bulbs; when it’s a CFL I break, the house gets evacuated for half an hour while the mercury dissipates and poisons our cat. An exaggeration, perhaps, but just barely. In any event, I’m getting enough of mercury via the fish I eat.

Soon, LEDs will be more reasonably priced and we can start replacing our old bulbs with the latest in technology. But where will that leave our CFLs? Probably back in their packaging and left to rot in my basement, unless someone brings them in on hazardous waste disposal day.