Somewhere out there is a big graveyard of lost digital photos, a world of images that were transferred from camera to storage device or “the cloud” and by some weird quirk of fate or bad data management took a wayward turn and ended up in a black hole, buried in a folder within a folder withing yet many more folders within this lost universe, making them more or less unfindable.

Or maybe they were completely destroyed and no longer exist, though I’m told is very hard to do that with data these days, as everything digital is intended to live forever.

Maybe it’s not so much a “graveyard,” which suggests that we knew and cherished the images enough to have carved fond remembrances of them in a few poetic words etched into granite. Instead, these pictures that we never actually laid eyes on really don’t even rise to the level of lost luggage. At least we knew what was in our luggage – the comfortable boxer briefs, the hiking shorts with zip-off pant legs, the Ebenezer Scrooge sleep hat – whereas the pictures were snapped on a phone but were never viewed before we screwed up the file transfer and deleted them entirely.

But in losing them, these have become the best pictures ever taken. In my mind I desperately need to find them again, as they will one day remind me of this day in history, which was otherwise unremarkable were it not for the fact that I took pictures to my remind myself of it.

Actually, sending things to the cloud is an apt description: many a photo I’ve uploaded has disappeared, like a plane does when it ascends into the skies of New England, fading away to nothing as it rises into the ceiling of cumulus vapor, eventually gone.

And if I were to find these lost photos, what would I see? Probably something like 30 burst images of my big toe, snapped when I was trying to futz with the camera to get the settings right.

I’m not referring to the recent images of a large Hawaiian sea turtle (Honu) I took on a GoPro, as I did really care to see the several minutes of video I shot whilst snorkeling on the Big Island of Hawaii. Alas, I’ll have to settle for a photo of a moray eel, taken when I visited Kealakekua Bay and the monument to the British explorer Captain Cook. I haven’t deleted that one! (Yet). 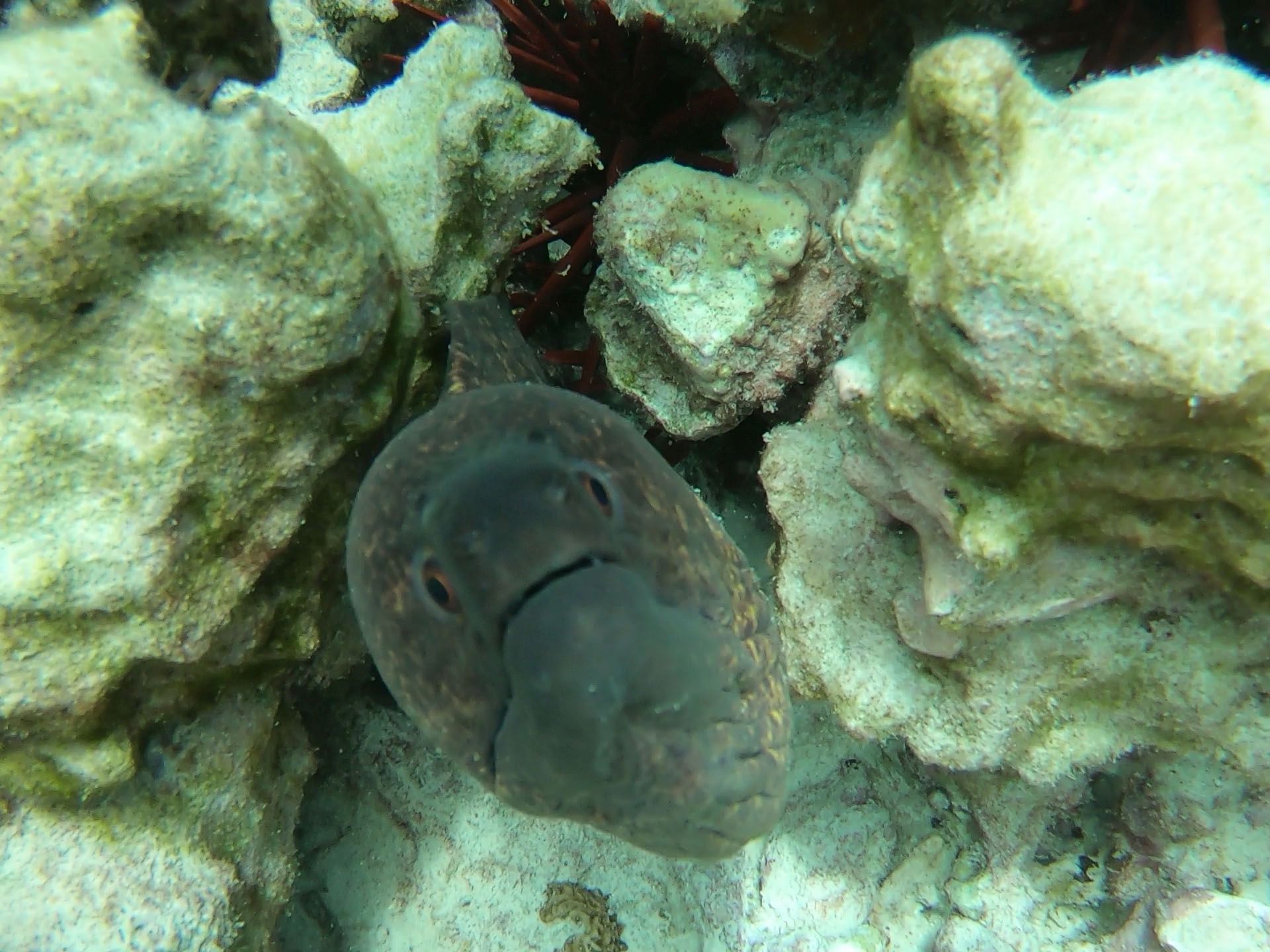