Did you get a chance to submit your design for the border wall between the US and Mexico? They were due April 4 to the Department of Homeland Security. I submitted mine. It’s a deceptively complicated plan, even more complicated than this teeter totter wall designed by Ronald Rael and Virginia San Fratello. 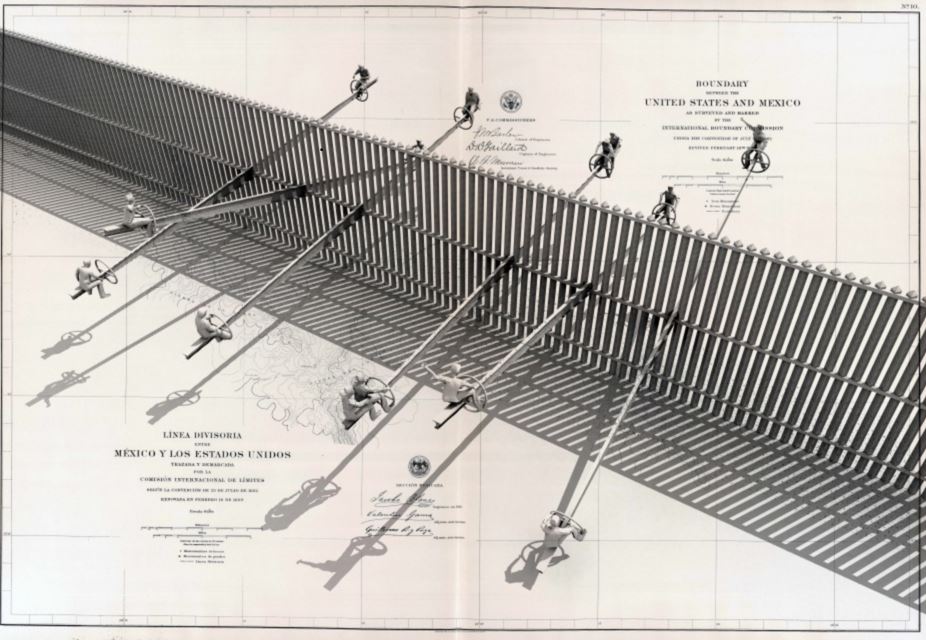 My wall is also going to be interactive as it calls for having lots of false doors built into it. And I don’t mean a door here or there; my wall will be nothing but doors, one right after the other, section after section, mile after mile, except that 99.99+% of the doors will open to reveal – you guessed it, a concrete wall. So when one of those bad hombres we’re always hearing about (or a child who is trying to escape gang conscription in his home country) comes upon this wall of doors and pulls on the handle, he is going to be momentarily thrilled when the door actually opens, then emotionally crushed when he sees that it's really a door to nowhere.

Is this art? You tell me. I think it is, and consequently submitted the design plan not just to Homeland Security, but also to the NEA. I was informed, however, that first of all if I’m going to use bad hombres and children escaping violence in my performance art/border wall, the door-pullers are technically performers and will need to be paid prevailing wages, and will also need to sign release forms. Secondly, given efforts to shut down the NEA, don’t count on them contributing to this art of mine.

Needless to say, if I’m going to go through all the trouble of release forms and prevailing wages, I’m going to want to make my wall design even artier. For example, I’ll put some revolving doors in my wall so that technically the bad hombres can step onto US soil (if you think of the border as razor thin, such that you can actually straddle it). Aha, but then they discover that there is no outlet to the American side's unforgiving desert wastelands! There will also be automatic doors like on The Starship Enterprise that open to reveal 2-foot thick concrete, and even some bifold doors like we all used to have as kids in the 1970s, which were constantly coming off their tracks. Who’s going to fix these when they come off their tracks? As far as I’m concerned that's Mexico’s problem.

Finally, somewhere in my wall of millions of doors, I’m going to secretly install a door, maybe two, that will actually open into the US. I can just imagine how shocking it will be for whomever is lucky enough to have opened the correct door and suddenly finds herself in America. I think we should leave a care package at the door, better yet have a personal valet waiting there to greet the visitor to our country, along with a lawyer, ready to help fill out immigration forms.

Just wait ‘til you see what I have planned for the US-Canada wall.