In the next five-to-ten years, I expect the letters of the Roman alphabet to form their own association, with annual awards in a variety of categories (best letter in a supporting role, e.g.), and while the letter S will have huge popular support (so curvaceous!), I’ll be lurking in the background, lobbying hard on behalf of X.

There are so many reasons to love the letter X, beginning with its shape. I happen to like symmetrical letters, and one that has two firmly planted legs, two victoriously outstretched arms, and virtually no tummy flab strikes me as a letter that is very fit. Also, without X our language would be lacking in key words, such as “Sox” and “Pixies”.

X is such as great letter that an L.A. punk group used it as its band name. The heyday of “X” (the band) might have been in the 1980s, but I can assure you, from having seen them just four nights ago, that the band still exudes authentic punk nearly 40 years after it was formed, despite the wrinkles and increased BMI. Of course, it never hurts to be playing at a superb venue, which The Sinclair (in Cambridge, MA) certain is: intelligently designed, with the bar (mostly) separated from the music, no damnable posts to interfere with sight lines (take that, Paradise!), and excellent sound all around make this my favorite small venue in the Boston/Cambridge knot of human activity. 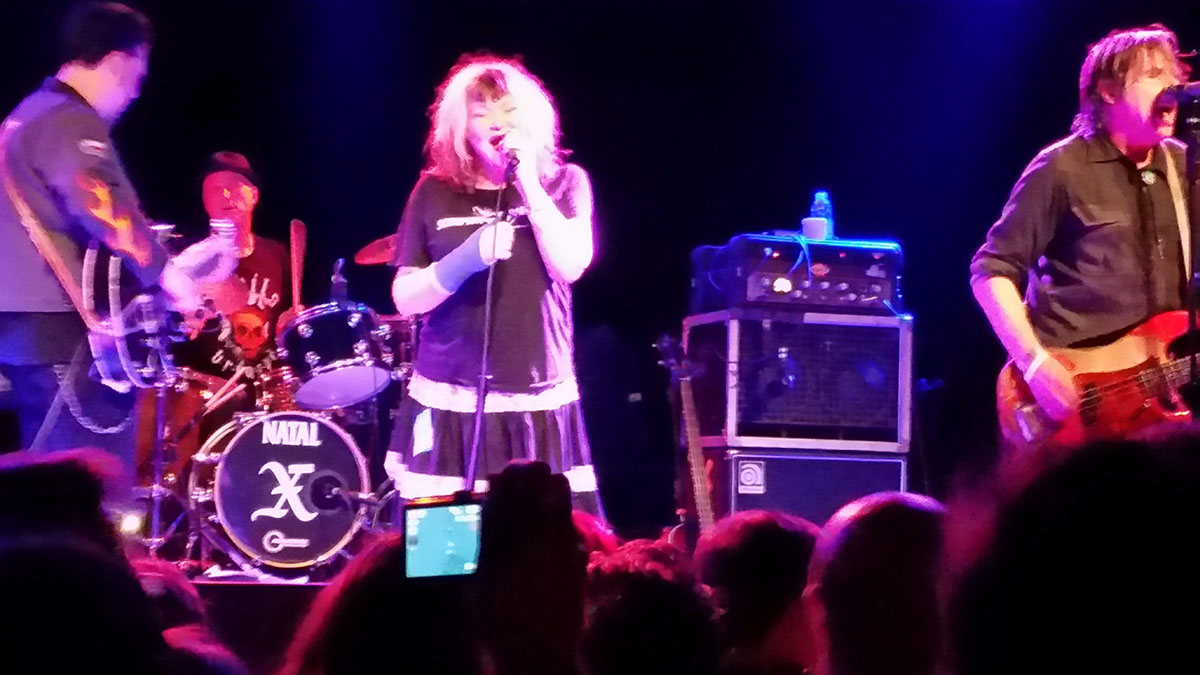 It occurred to me, when I saw the show listed months back, that seeing aging punk rockers in a small venue that might not entirely sell out (unclear if it was) would be just too depressing (for aging fans, including me, and for the band itself), but after being steeped in all the great energy, excellent vocals and harmonies, and guitarist Jesse Dayton’s expert performance sitting in for Billy Zoom (get well soon!), I can assert that the experience was the very opposite of depressing. I walked out of the show thinking that this band isn’t so very old after all (and maybe neither am I).